We searched the Year 3 and 4 areas for hidden Roman Numerals.

We started our maths today based upon Hywel Robert's imagineering teaching. The Mayor of Cowes (Mr. Andre) came to visit us and said that he wanted "A Winter Wonderland on the school field for Christmas".
Our first task was to think about what we would like on our field. This is us working on our plans, we had some amazing ideas.
Next we created maps of our school field where the Winter Wonderland would go. We had to include the surrounding area and try to keep it to scale.
Our Winter Wonderland continued this week, with children split into committees to organise different areas of the park. We had advertising, employment, entertainment and security committees. Each team had to work together to find out what the other was doing. I even had a request from the employment team for a bigger budget as the entertainment committee had bought too many portaloos and extra cleaning staff were needed. The teams received a letter from the Isle of Wight Council with an update on the project and some extra info for them to consider. 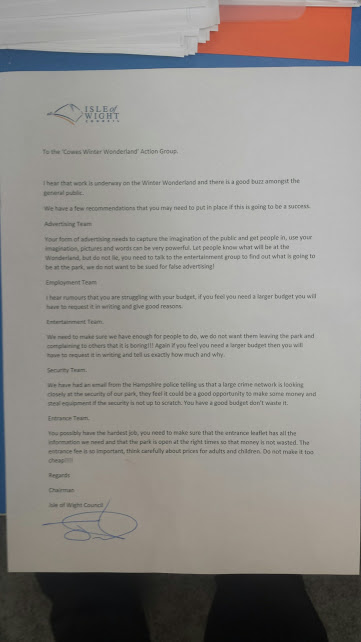